How to Get a Divorce in Finland 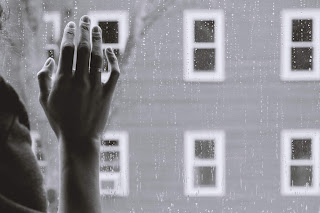 This is one of the sad posts, guys. I am gonna guide you through a process of separation and a divorce. Practical tips and step by step guidance on how to get divorced in Finland.

First thing you need to now that according to one European agreement, it does not matter where you have gotten married, important is where you have lived.
In our case, even though we got married in the Czech republic, our whole relationship and marriage we lived in Finland, our kids are born here and never lived elsewhere, that is why we get to divorce in Finland, under the Finnish jurisdiction. So, first thing you have to find out, is under which country's jurisdiction you actually belong.

In Finland, paper wise, it does not really matter, whether you are divorced or just separated. The minute you start living apart (due to the end of relationship), you get the label eronnut and you get the same rights and responsibilities, as if you would officially gotten divorced.
Practically, it means you get to apply to KELA for extra financial support right when you separate and start living apart, and you do not have to wait for the time the marriage is officially terminated.
While applying, you always have to state though that you live apart due to the end of your relationship.

Applyibg for a divorce means that you fill in a 1 page document, which you both (or just the one who applies) sign up and send to the Court District you belong to (based on the town you both or one of you live) - by post, personally or by an email (Yeah! That is right. By an email...). After the document has been received, officially starts a 6 month probation period, during which you can change your mind. If you do not, you fill in the same document again, checking in different box (there is a part divided into stage 1 and stage 2), you send it again and you get officially divorced. Both are informed officially by post, when the process is through.
If you do not send the second document after the 6 month period, the divorce is terminated and you stay married.
From what I understood from a friend, the only thing one can do against the decision, is to make the probation period one month longer. Nothing more.

If you lived officially apart for 2 years and longer, the divorce gets settled without the 6 month waiting period.

After we have sent the first letter, I have received an invoice for a fee of 200euro (in 2019). And after we completed the second part and became officially divorced, Robert got an invoice for 100euro. I have no idea why they send it only to one of us in both cases and how they decided whichever gets which one. :)

It does not really matter whether you both apply, or if it is just one from the couple. The divorce will simply happen ,whether the other one wants it or not. There are no lawyers included. You do not need to divide properties. You do not have to present official contract regarding child care.

However, it is always advised to make an official contract regarding children - meaning custody and child support, etc. But it is not obligatory. You get to do it while meeting an official at the Lastenvalvoja office, where they help you decide and word all the necessary points of the contract.
Apart from the situation when you simply cannot decide together and it is difficult to communicate, the contract is also good in case the one who is entitled to pay the financial support (usually the father, if kids live with the mother) looses his/her job. With this official contract, KELA can take over the responsibility and pays the support instead of him/her, until he/she is able to pay again. That is not possible without the contract.

From my understanding, in Finland, if you wanna get divorced, they just let you deal with it and make it as easy as possible.
Only when you fail to agree on the child care or on the property division, or something else goes wrong, you get to hire a lawyer and deal with it through a court.

It is flabbergasting to me, because from my understanding, in the Czech republic, state is involved even if you wanna get a divorce consensually - you still get to meet a lawyer, write an official agreement regarding child care and property division. And if you fail in any part of the process, the court swoops in and makes the decisions for you.
If one from the couple does  not want to go through with the divorce, it needs to be decided through a court, where you get to vindicate your decision - and according to my friend lawyer it is always messy and very very uncomfortable. On top of that, judge can always decide that you are not entitled to get a divorce and he/she can officially order you to go through a couple counselling, mediation, etc. and try harder and some more.

Some useful related Finnish words:
avioliitto - married (as of a officially married)
avoliitto - cohabitting (as a couple living together, not officially maried)
avioero - divorce (as an official end of marriage)
käräjä - Court District

You can read a short and understandable explanation on the divorce in Finland at the webpage of Väestöliitto (The Family federation). It is written in Finnish, but google translator translates it pretty well into English or Czech.

If you decided to read through this article, I assume you are standing at the difficult part of your life.
Hang in there, guys, and trust that all will be good. Be well. Sending love and support to you all.

Hi, you mentioned about the invoice. Is it the handling fee or something else?

Hey, Thank you for your comment. Yes, it is a handling fee. First one came after we applied for the divorce (200euro) and the second handling fee, after we sent the second part of the paperwork (100euro). From some reason the first invoice came to my address (where we lived before) and second came to my ex-husband's address. Am not quite how they picked who to send it to.

Hey. Thank you for your question. I checked for you the paperwork, to be sure. We sent the second paper on the 7th (via email) and the letter with response stating that we were divorced was written on the 9th...so only 2 days... I think it depends on how fast they are able to process your application, but it is pretty fast.
Your spouse does not have to respond at all. In Finland they divorce you, even if the other does not want to.
If your spouse does not want a divorce, you fill in both of the papers yourself and he/she will just be informed by a letter.
If I understood correctly, he/she can ask for an extra month waiting period, but the divorce will be finalized anyway (after the waiting period 6months+1month extra).
Was it understandable?

Yeah a little. But when we call the court they say that if the other spouse doesnt respond it may take 2 weeks at least

I am not sure what they meant by "respond". I will ask my friend, what is her experience...

Good luck. I am sorry you are going through this painful experience.

Also, the situation is much more complicated, if kids are involved. 🤔

Welcome to my blog about life in Finland. You find here interesting information and concrete places we had visited, personal experience and practical tips. Do not hesitate to comment, read and share. Cheers!